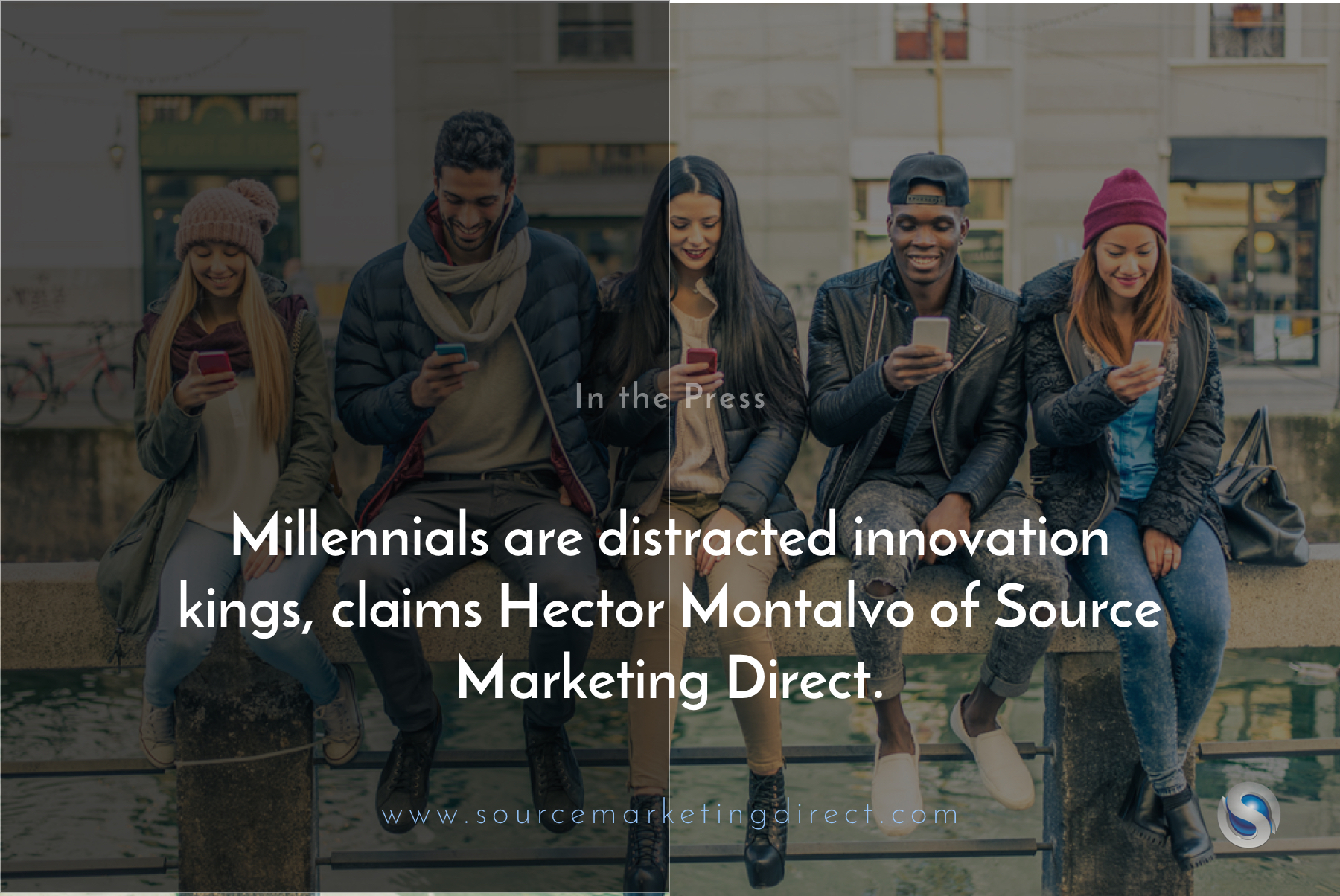 Speaking in an interview aired on the company’s YouTube channel, Source Marketing Direct’s Managing Director Hector Montalvo candidly discussed what thoughts the term ‘millennial’ sprung to his mind in business.

Montalvo, who comes from a previous generation, also admits in the interview that he’s struggled in the past when attempting to relate to millennials, as he had a quite different upbringing – one where there was no pat on the back or community of recognition.

“I think they’re intelligent, they’re the future – but they’re extremely distracted. The extent to which they care about other people’s opinions is holding them back, which is a shame because they’re smart people who are going to determine our future,” stated Montalvo, when asked what he thought of the millennial generation.

However, in the sales and marketing world where goal posts are constantly on the move thanks to changes in best-practice and consumer trends, Mr. Montalvo does praise their intelligence and aptitude to aligning themselves to these entities. His firm also believes millennials seek purpose, flexibility, and innovation in the workplace, and Source Marketing Direct adopt a nurturing approach to their organisation’s young talent which they claim pays dividends to their retention and client satisfaction levels.

Stereotypically speaking millennials are defined as people born between 1980-2000, and are occasionally more comfortable with interactions that happen online than in person. Source Marketing Direct’s Managing Director believes they are more liberal, less religious, less patriotic, and less likely to get married young – and because of this, they require a new set of rules when it comes to grabbing their attention.

Although overall he appears somewhat critical, Montalvo admits that it is reasonable for this younger generation to be disinclined to do something the way it has always been done, especially as digital technology has brought so many different ways to improve and work more efficiently.

“If previous generations have been praised for their innovation, then Millennials are the absolute kings! The way their brains are geared towards improving current processes is astounding. We are blessed to have contractors possessing these fresh perspectives, as they’re needed to flourish in our industry of sales and marketing,” the business owner concluded.