Source Marketing Direct: Why we’re channelling the power of passion and perseverance 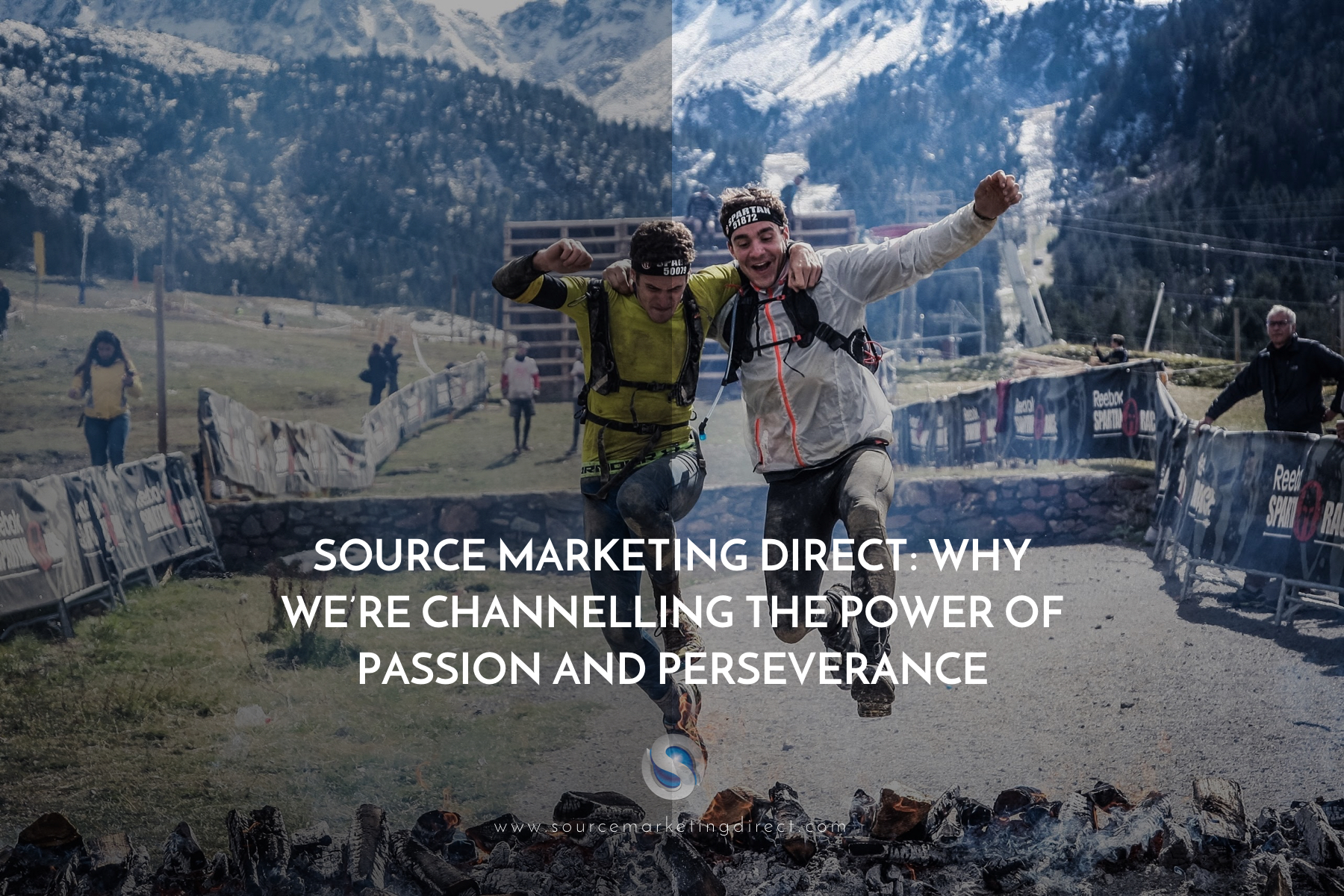 Source Marketing Direct: Why we’re channelling the power of passion and perseverance

A few months back we spoke about how inspired we felt listening to Angela Duckworth talk about her theory of ‘grit’ as a predictor of success. Today, we’ll explain why we believe a growth mindset is key to establishing true grit in personal and professional spheres of life.

For those who haven’t come across her, Angela Lee Duckworth is an American academic, psychologist and popular science author. She is a Christopher H. Browne Distinguished Professor of Psychology at the University of Pennsylvania, where she studies grit and self-control.

After spending an extensive time in education, working as a teacher in New York, she came to the conclusion that IQ was not the difference between her best and worst-performing students. She noticed that some of her smartest kids weren’t doing so well, and that got her thinking – what’s missing?

At Source Marketing Direct, we see this all the time. The most qualified, most intelligent candidates for our roles aren’t always the best fit. They are sometimes too top-heavy with theoretical knowledge and afraid of failure.

Duckworth, upon realising something was missing from the education sector in a motivational, psychological sense, went to explore who is successful and why in more detail. One characteristic that emerged was grit. Grit is passion and perseverance for long term goals, stamina, day in day out, not just for the week, month but for years.

“At Source, we believe that the key to success is not your educational pedigree or list of qualifications – it’s your ability to work really hard, consistently – living life like a marathon, not a sprint. This is easier said than done with all the instant gratification rollercoasters that surround us in present day 2019, but the benefits for doing so are humongous,” stated our Managing Director, Hector Montalvo.

What if education is too obsessed with working out IQ? What if doing well in school and life depends on more than that? Well, we agree with Angela that it does.

In our experience working with some of the brightest people in direct sales, the ability to learn and move on from failure in a ‘growth mindset’ is a big contributor towards building grit.

What we do know is that talent doesn’t make you gritty – talent alone is not enough. The ability to ride a failure wave out successfully without it demotivating you is paramount.

You are much more likely to persevere when you fail when you know that failure isn’t a permanent condition – it’s temporary and expected on your journey towards achieving a significant long-term goal.