Staring down the Brexit barrel: Outsourcing not in firing line of looming uncertainty, states Hector Montalvo 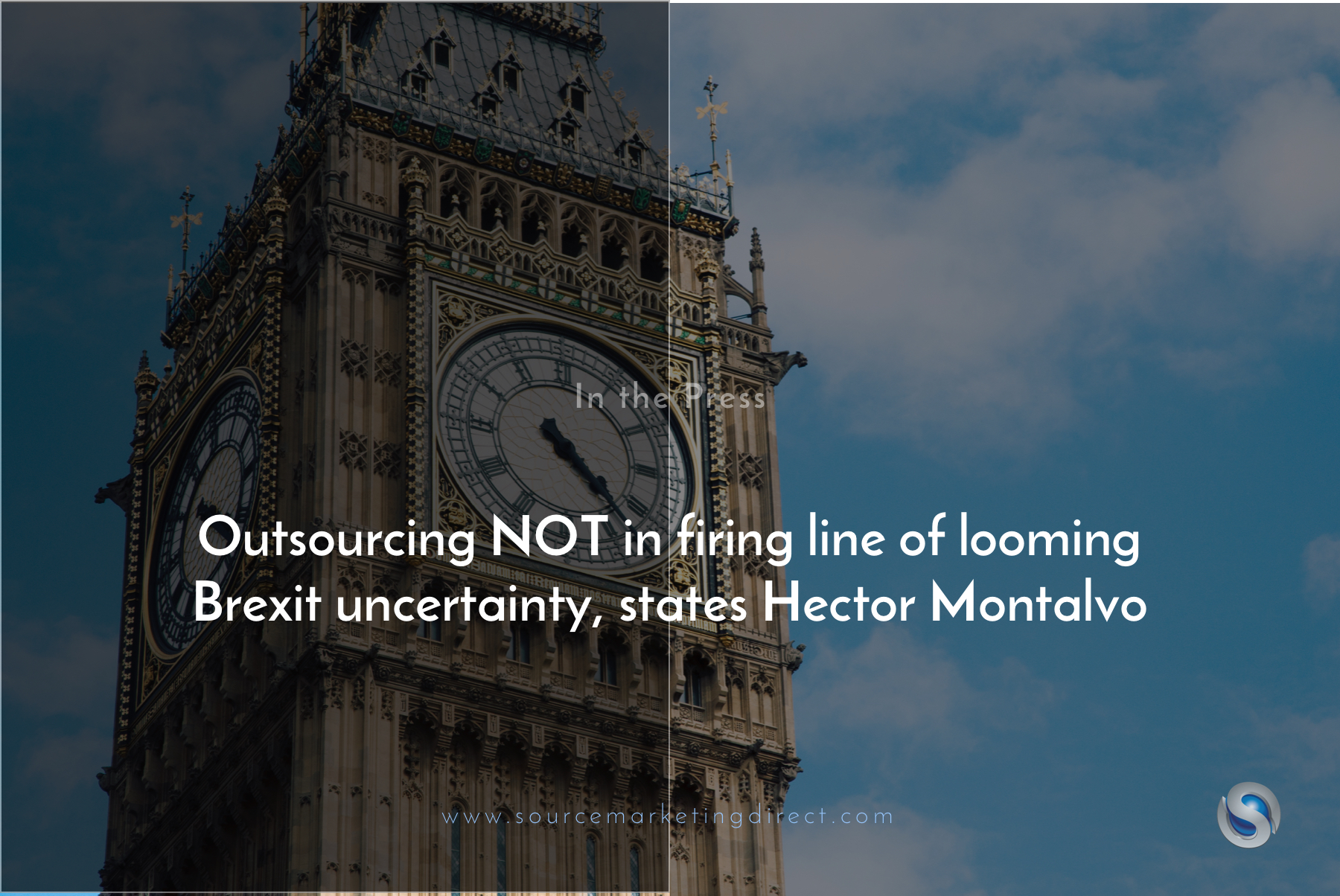 Staring down the Brexit barrel: Outsourcing not in firing line of looming uncertainty, states Hector Montalvo

The vultures are circling over Brexit – and it has been alleged that Britain’s vote to leave the European Union could impact the outsourcing sector more than most.  Source Marketing Direct have been quick to pour cold water over such claims, and give their reasons behind such thinking.

The outsourcing industry has an impressive track record of flourishing in the face of perverse trade deals and political uncertainty, and Source Marketing Direct – a London Bridge-based outsourced sales and marketing company – believes their industry will march on regardless of Britain’s impending departure from the EU.

While outsourcing abroad typically results in job losses and can be damaging to local economies, Source Marketing Direct presents a feasible option for companies looking for a cost-effective solution that retains jobs in the United Kingdom.

Since the recession back in 2008, more and more companies have considered outsourcing to save on costs. It is not a secret that many high profile companies outsource various work to cut costs and extend their access of expertise. Source Marketing Direct is a UK-based firm that provides a cost-effective option for companies to outsource their marketing needs, whilst still providing opportunities for people here in the UK and with the added benefit of positively injecting into the UK economy.

While other industries are likely to be affected negatively from Brexit, the Managing Director of Source Marketing Direct Hector Montalvo believes outsourcing will not be one of them;

“Ever since the start of Brexit talk outsourcing has carried on as normal, and this is because of transaction numbers and investor confidence,” states Mr. Montalvo. “Brexit may indeed throw up its challenges, but so far we’ve seen nothing to suggest that our industry won’t simply march on, or even flourish in the new era of Britain’s economy.”

Although in some cases outsourcing can have a detrimental effect on local jobs and the economy, outsourcing to a UK-based organisation like Source Marketing Direct is just as cost-effective, yet retains work for British residents contributing positively to the economy. Source Marketing Direct’s Hector Montalvo believes the ‘onshore-versus-offshore’ debate will be renewed by Brexit, as a lack of free movement might result in more offshoring.

It appears with each growing day more uncertainty looms over the United Kingdom, as no-one can truly say what Brexit will look like yet. It is likely the UK will see a more cautious attitude to outsourcing – not in terms of fewer deals, but simply higher risk management. According to Raconteur there are signs this is ‘already happening’.