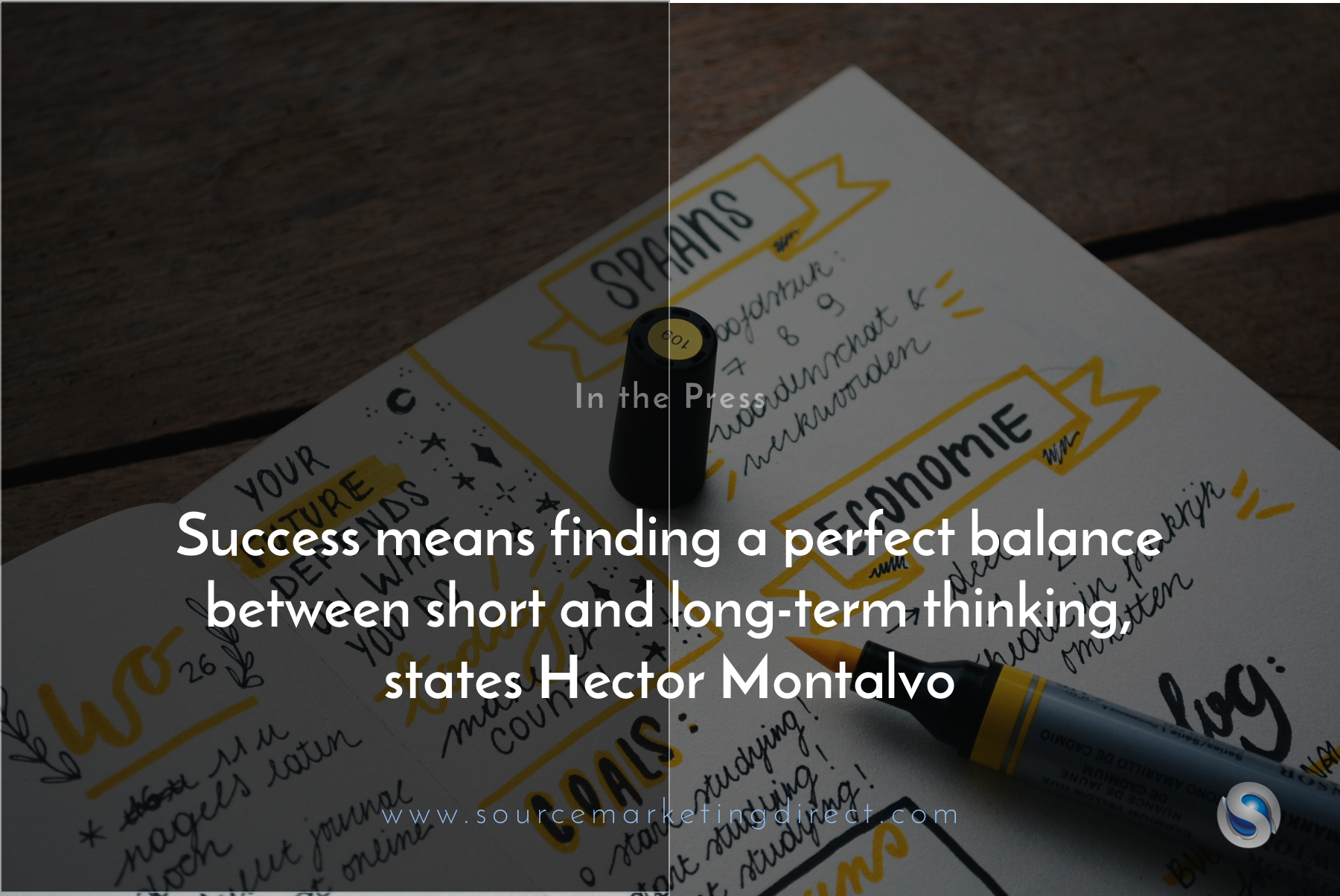 Managing Director of outsourced sales and marketing firm Source Marketing Direct, Hector Montalvo has previously warned of the paralysis of over-analysis and believes that success in both personal and business spheres of life comes down to striking a balance when goal-setting.

Speaking at a recent London award show for the sales and marketing industry, Mr. Montalvo claimed that his firm was focusing on “winning the next 20 minutes in front of them,” and wants his contractors to avoid getting bogged down by thinking too ‘long-term’.

“In my career, I’ve witnessed how focusing purely on long-term goals can lead you down the path to burnout. Neglecting your immediate, short-term needs can cause stress, despite meticulous planning. Ironically, it can also take your eye off the next correct move or play that’s sitting right in front of you,” commented Montalvo.

Mr. Montalvo believes many young entrepreneurs in his industry of sales and marketing are suffering from this paralysis, and instead wants Source Marketing Direct’s contractors to strike a perfect balance between short and long-term thinking. Indeed, the business owner has engaged in many public speaking events where he’s defended the importance of mindset in business and considers an efficient mentality to be the most significant contributing factor to his and his company’s success.

It appears from these comments that the MD believes in the concept of momentum, and the positive effects this can have on the business mentality of an individual. Montalvo acknowledges the crucial role responsibility in leadership plays in fuelling the passion of his people to strive and grow as a collective;

“The more small victories we can create together, the better we will feel as a unit, and success will snowball from there onto the bigger and better,” continued Montalvo.

In an article published on entrepreneur.com, it is claimed that ‘…progress is good, but if the process of creating progress doesn’t convert into momentum, then you don’t have the right amount of strategic focus to help it become something more evolutionary’, and it could be suggested that the hierarchy at Source Marketing Direct is attempting to embody these written words into physical action.