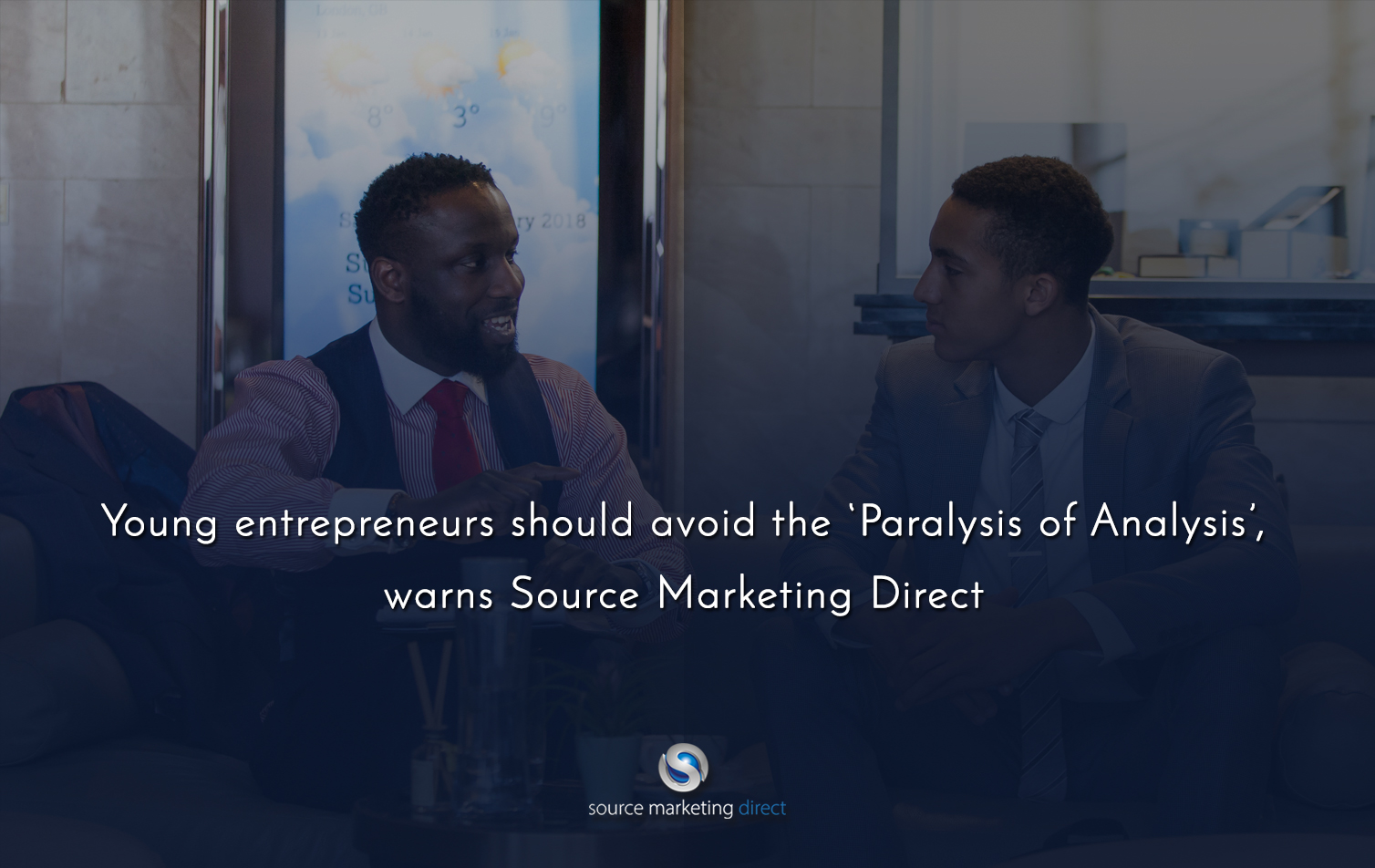 While evaluating degrees of success and exploring new trends is vital for any business, Hector Montalvo of Source Marketing Direct has warned young entrepreneurs against spending too much time thinking and not doing, in what he calls the ‘paralysis of analysis’.

Source Marketing Direct – who celebrate their 10th birthday later this year – believe that success doesn’t stop indecisiveness or self-doubt. The difference, however, is that successful people – and or businesses – ensure a swift action or decision is taken in response. Indeed, delaying action while over-analysing information is a common barrier when it comes to getting things done, and Hector Montalvo believes overthinking and not wanting to make mistakes could be holding young entrepreneurs back.

“Whether its right or wrong I learn from the mistakes I make – I don’t continue to get beat or caught out by the same mistake, though, but I’ve taken some form of action in response instead of wasting time mulling over every possible response,” stated the Managing Director.

When over-analysing a situation, repetitive thoughts, anxiety, and self-doubt decrease the amount of working memory the guilty party has available to complete challenging tasks that lie ahead, causing productivity to plummet even further. Mr. Montalvo believes many young entrepreneurs in his industry of sales and marketing are suffering from this paralysis.

“Surrounding yourself with people who’ve accomplished more than you helps prevent over-analysis, and keeps you hungry. Always have that next thing to be shooting for, to constantly maximise your productivity to keep you looking ahead, not backwards,” added Montalvo.

You don’t know what you don’t know in business, and clearly there is merit to analysing results to benchmark against best practice for a given industry, but Source Marketing Direct wants entrepreneurs to draw a line in the sand somewhere, and clarify an amount that won’t harm productivity.

The Managing Director is a highly sought-after speaker, and has a reputation for company culture reorientation, refreshing creative juices and boosting team morale. He is a regular speaker at industry events in all the major cities of the UK including London, Manchester, Leeds, and Birmingham. His diverse portfolio of public and motivational speaking on business topics also includes other countries such as South Africa and the USA.